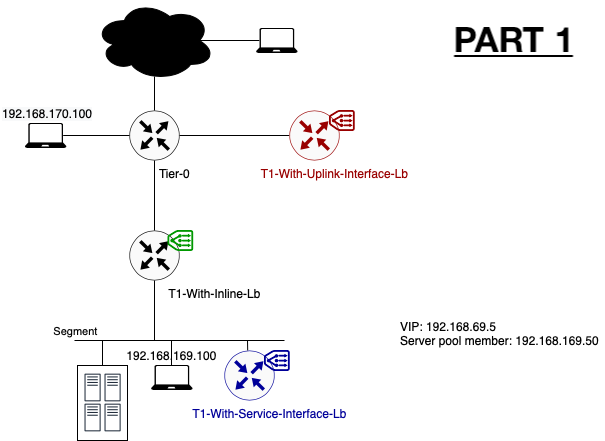 About the installation and configuration of NSX-T Data Center and its features, you can find more than enough information in the official VMware documentation or other subject-specific blogs of NSX-T Experts. But what is now the impact of the load balancing service on your NSX-T Data Center environment? How does it affects the data flow?

With the above in mind, I assume when you start reading this post you have a certain level of networking, load balancing and NSX-T Data Center knowledge. If not, some things may be difficult to understand.

Everything which is mentioned here, has been tested in the ITQ home lab which is running NSX-T 3.1.

In this first chapter I will shortly summarise the different supported load balancing topologies. No in-depth explanation will be done.

Please remember that NSX-T Load balancers are only possible on a Tier-1 Gateway and that there is a 1:1 mapping between a load balancer and a specific Tier-1 gateway.

SNAT is not required in this topology.

The biggest advantage of a one arm load balancer is that not all traffic needs to pass through the load balancer. Non-load balanced traffic can just follow the original data path. More in-depth information on the impact is addressed in the upcoming posts of this series.

Configuring a one arm load balancer can be done by using the Tier 1 Service Interface. The newly created (standalone) Tier-1 Gateway is connected to a segment directly via a service interface. The standalone Tier-1 interface gets an IP in the same segment where it needs to load balance for.

To make this configuration work, please don’t forget to add the static route on the standalone Tier-1 Gateway. This ensures that load balanced traffic can leave the segment. More information about configuration can be found in the official VMware documentation.

By using this method, you can get rid of the limitation of having one Tier-1 Gateway and load balancer per segment.

Instead of creating a Tier-1 Service Interface and a static route, just link the Tier-1 gateway to the Tier-0 Gateway.

Up Next: The Impact Of The Load Balancing Service on your NSX-T Data Center Data Flow Part 2: Inline Topology 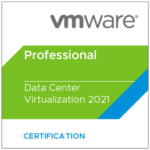 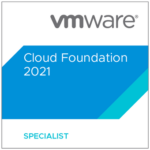 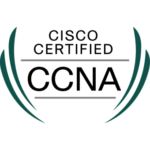 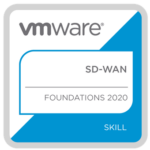 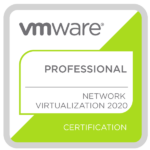 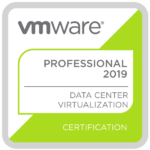 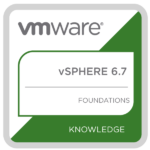 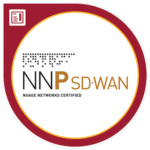